Our monthly round-up of the new airliners flying in our skies is here.

We cover new special liveries, new airline liveries, or new types joining an airline’s fleets. I hope you’ll be able to spot some of these on your travels this month.

“Orca One” is the new logojet from Alaska Airlines. This killer whale is painted on Boeing 737 MAX 9 N932AK.

Iberojet is promoting the Correos de España (Spanish postal service) in this all-over yellow livery painted on Airbus A330-300 EC-LXA.

As we reported, Icelandair’s new livery is now being rolled out across the fleet. First was TF-ICE, followed by new delivery TF-ICY, both 737 MAX aircraft.

The first two Airbus A220-300s for Iraqi Airways have been delivered, and look very smart!

JetOneX has painted what is presumed to be their new livery on recent Boeing 747-400 acquisition, VQ-BWM. It incorporates the light blue of previous owner, KLM.

Lufhansa has taken delivery of its first Airbus A321P2F (passenger-to-freighter conversion) aircraft, albeit in an all-white livery. It is D-AEUC.

SkyCana is promoting Santo Domingo in the Dominican Republic on this new A320 to the fleet, 9H-AMP. It is on lease from Avion Express.

A new livery for USA Jet has appeared first on McDonnell Douglas MD-88 N833US. This aircraft is also the world’s first MD-88 freighter. It previously flew passengers with Delta. 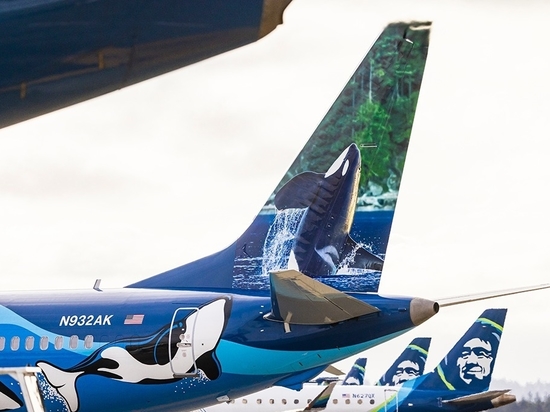