’Pioneering aerospace’ is the slogan of ILA 2022 aerospace show this year, which offers a close-up experience of the future of aerospace.

From 22-26 June 2022 it will take place as the first in-person aerospace show since the pandemic began, in the heart of Europe in Berlin at the newly opened airport BER. A virtual platform for an even broader reach and targeting specific audiences will augment the live programme on site.

The high-tech industry’s leading trade fair for sustainability, new technologies and innovation is a meeting place for the international industry, policymakers, armed forces and science. High-ranking political figures are expected to attend, including representatives of the new federal government, German parliament and the European Commission.

With its Aviation, Space, Defence & Support and Supplier segments, ILA covers the industry’s entire value chain. Its focus is on climate-neutral aviation, new forms of mobility and security in space.

“At ILA Berlin and within our high-tech industry the pioneering spirit is alive,” stated BDLI’s managing director, Volker Thum. “We are drivers of sustainable mobility. Germany and Europe must be at the forefront of climate-neutral aviation. We have the know-how to develop and manufacture the first climate-neutral aircraft. ILA is also Europe’s most visited aerospace show. It shows why investing in space flight is a must, and the wide-ranging added value that that generates. Space flight is fascinating, brings people together and protects us.”

Martin Ecknig, CEO of Messe Berlin added: “We look forward to finally gathering the aerospace industry in-person again in Berlin. With our new hybrid concept we aim to combine the best of two worlds: a live experience with face-to-face meetings, and a close-up display of aerospace innovations. Virtual events such as a live-streamed congress program enabling those visitors unable to attend in person to take part in ILA Berlin will augment the show.”

Taking place on 21 June, the third Berlin Aviation Summit (BAS) will kick off ILA, gathering civil aviation decision-makers from around the world. Senior figures representing politics, industry, science, research, finances and global aviation will discuss the challenges facing the industry, in particular how to move forward on climate-neutral aviation.

ILA Berlin specifically targets trade visitors. From Wednesday, 22 to Friday, 24 June the industry’s who’s who will gather on the ILA grounds at BER, where international exhibitors will present their innovations. Be it the ILA Future Lab or Advanced Air Mobility – a total of five live stages will highlight the aerospace industry’s topics of the future. ILA will showcase civil aviation’s transition to climate-neutrality. This is where technologies and key research on sustainable aviation fuels, aircraft and their propulsion systems as well as the digitalization of the industry can be seen and experienced close up. In the Space segment the focus will be on its indispensable contribution to a modern, sustainable, secure and digital future – the key to climate protection and prevention. One highlight will be the Space Pavilion featuring the European Space Agency (ESA), the German Aerospace Centre (DLR) and the German aerospace companies of the BDLI.

Among the forward-looking topics ILA will address are the many uses for drones, flying taxis in cities and digital technologies such as AI and 3D printing. The ongoing development of the European Future Combat Air System (FCAS) will be a key topic among representatives of industry and politics.

A wide range of services on the new platform ILA Digital will augment the live program. Its aim is to share the forward-looking topics with as many people as possible. The platform features an exhibitor service for presenting products, communicating, as well as matchmaking, lead generation and modern streaming technology. Careers are a topic here too, and there will be services specifically targeting industry newcomers.

The weekend of ILA is devoted to the general public. Over two days, visiting aerospace fans can experience the innovations and fascination of the aerospace displays close up and find out about aerospace career opportunities at various trade fair stands. The focus of the flying show will also be on innovation, and its selected displays will merge seamlessly with BER flight operations. 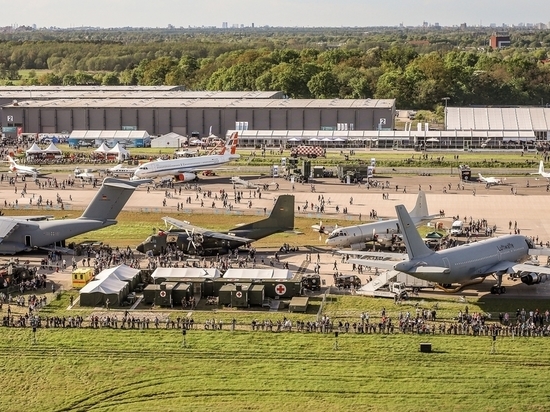