Resurrection of the Super Puma

It started with the stuff of nightmares and ended like the story of Lazarus—back from the dead.

On April 26, 2016, the main rotor separated from an Airbus Helicopters EC225LP (LN-OJF) that was cruising at 2,000 feet and 140 knots near Turoy, Norway, while transporting offshore oil workers. All 13 aboard were killed. In the wake of the accident, the worldwide Super Puma fleet was grounded, a large portion of it for more than a year. Offshore unions moved quickly to demonize the machine, refusing to fly on it. One of them—Unite—threatened to strike if the helicopter continued to be operated on passenger flights in the North Sea and vowed to keep the area “Super Puma-free.” A petition circulated by North Sea oil workers and their families to ban the Super Puma outright garnered more than 27,000 signatures. A 2017 survey conducted by Airbus about the aircraft found that 62 percent of respondents would not fly on it.

Operators lined up to hit Airbus with potentially billions of dollars worth of litigation while the offshore market was collapsing. Era Group posted a third-quarter 2017 loss of $81 million, driven largely by a $117 million impairment charge taken in the period, primarily based on its fleet of nine company-owned Airbus H225 helicopters. The company wrote down the value of its H225s to approximately $4 million each, a small fraction of its 2016 new retail price of $23 million. Bristow Group (which merged with Era in 2020) parked all 27 of its H225s and would go on to extract a substantial, but undisclosed settlement, from Airbus. Altogether, H225 operators took hundreds of millions of dollars in H225-related write-downs, parking 129 helicopters.

Turoy was just the latest in a series of high-profile Super Puma crashes dating back to 2009, involving derivatives including the EC225 and the AS332 L2, tied to gearbox problems. On April 1, 2009, all 16 aboard died when the main rotor gearbox failed on an AS332 L2 off Peterhead, Scotland, and in 2012 gearbox issues were linked to a pair of successful Super Puma ditchings off Scotland and the Shetland Islands.

But Turoy proved to be the most terrible crescendo. Not surprisingly, deliveries of new Super Pumas dropped off a cliff, from 42 in 2015 to 19 in 2016 to just eight in 2017. Airbus Helicopters' then-CEO Guillaume Faury felt obliged to make a high-profile flight into London on one in October 2017, telling reporters, “It takes time to restore trust after these accidents.”

That it did, but today, Airbus’s Super Puma production line is full. It delivered 31 last year and the company “continues to invest in the product,” according to Regis Magnac, Airbus Helicopters’ v-p and head of energy leasing and global accounts. The price of that 2016 Super Puma, which had plunged to $4 million, has since more than doubled. And good used ones of any vintage are hard to come by, says Matt Lowe, director of special missions at Air Center Helicopters, one of the largest civil operators of the type.

So what happened? Behind the scenes, Airbus worked furiously to resolve the technical issues leading up to the accident, which the Accident Investigation Board of Norway (AIBN) found to be caused by “a fatigue fracture in one of the eight second-stage planet gears in the epicyclic module of the main rotor gearbox.” The AIBN concluded that the planet gear failed without warning and that onboard systems were unable to detect its degradation before failure. The board noted, “The observed failure mode in this accident (crack initiation and propagation with limited spalling) seems to differ from what was expected or foreseen during the design and certification of the main rotor gearbox. The fracture propagated in a manner that was unlikely to be detected by the maintenance procedures and the monitoring systems fitted to LN-OJF at the time of the accident."

More troubling was the AIBN discovery that less than 10 percent of all second-stage planet gears on the aircraft ever met their useful life and had to be removed during inspections and/or overhauls.

Airbus implemented a variety of new safety measures designed to ameliorate gearbox safety concerns on the H225 including the switch to a single-supplier design for the main planetary gear and installation of a full-flow magnetic plug designed to collect metallic particles before they reached the gearbox oil cooler. It also moved quickly to settle customer claims related to mandatory groundings after Turoy. Magnac said that most, but not all, of those claims are resolved.

The OEM worked with customers to remarket and modify their existing aircraft while taking further steps to rehabilitate its reputation, many of which continue today. As a prelude to this year’s HAI Heli-Expo, VIPs arrived at the Dallas Convention Center aboard a Super Puma.

“The 225 can do many more things than just carrying people,” noted Magnac, citing other missions it is suitable for including freight, external load carrying, and aerial firefighting. He also said that about 15 percent of the former offshore fleet was sold to various militaries. “We helped our owners find new rooms” for the helicopters, he said.

But perhaps the actions of a Burleson, Texas operator, Air Center Helicopters, did more to restore confidence in the aircraft than anything else. With the temporary collapse of used Super Puma prices, the company saw an unprecedented opportunity, acquiring 27, many from lessor Milestone Aviation Group. Some had been sitting for quite a while, necessitating a complete main gearbox overhaul to the tune of $1 million each. Air Center uses its fleet for a diverse, but sometimes high-profile mission mix. They include doing capsule/astronaut ocean recoveries for Boeing, NASA, and SpaceX; special missions in Africa that can run up to 600 nm unrefueled; long-line shipboard vertical replenishment for the U.S. Navy; and aerial firefighting, including night operations. The Navy missions include delivering 9,600-pound F-35 fighter jet engines to aircraft carriers. For firefighting, Air Center can equip its H225s with forward-looking infrared cameras, night vision goggles, and a Helitak FT4250, a 1,000-gallon external tank that refills from a snorkel in just 48 seconds.

Air Center’s Lowe said the company started acquiring 225s four years ago after operating a handful of H215s and AS322s. “It’s just a good-flying machine. It has a four-axis autopilot. It flies like an airliner as opposed to using trim release and getting tired, and cruises at 135 knots.” He praised the helicopter’s durability, especially its ability to be operated and maintained in austere conditions. “The aircraft is very robust.”

Lowe said Airbus “bends over backward to help us. They've been really good at communicating what the problem was and what the fix was” with regard to maintenance issues on the 225, he said.

Air Center conducts its own pilot training. It employs more than 100 pilots, operates the only H225 simulator in North America, acquired from CAE in Norway, and starts a new pilot training course, for eight pilots, every two weeks. Lowe jokingly said the accelerated pilot training pace is the result of Air Center’s “catastrophic success.” Company CEO Rod Tinney, a 24,000-hour pilot and FAA designated pilot examiner, often accompanies crews on their missions “for quality control” and personally signs off every new hire pilot for their type rating, Lowe said. “There is no flatter organization in the world.”

The company flies a Dassault Falcon 900EX business jet to transport personnel and parts to many of its far-flung operations.

Air Center’s success with the H225 is powerful advertising, but it is not a panacea. Despite the extensive efforts to remarket and repurpose the Super Puma, the reputational challenges it left in Europe’s offshore oil patch remain. Magnac said Airbus doesn’t see much of a future for it in that market and Airbus Helicopters CEO Bruno Even agrees, saying that the company plans to push its newer technology, super-medium H175 for those customers.

At this year’s Heli-Expo he said the offshore market in China, India, and Brazil has accepted the H225’s return. “If there is a need, we will always be willing to propose this helicopter [the H225], but when I look at the future I see the biggest potential will be with the H175 in terms of optimization of the mission.”

“There will be a need to replace the existing fleet. We are ready with the H175 for the oil and gas market,” he said. 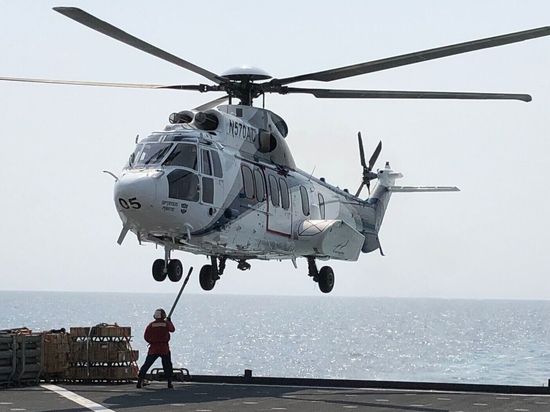 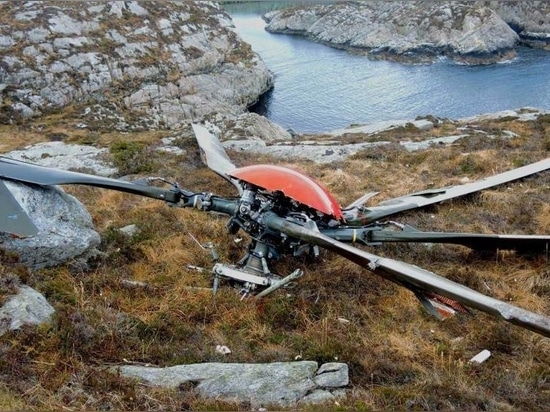 Airbus H225 helicopters are finding new life and missions in the wake of a 2016 offshore accident in which the main rotor blade separated from the aircraft, killing all 13 onboard. 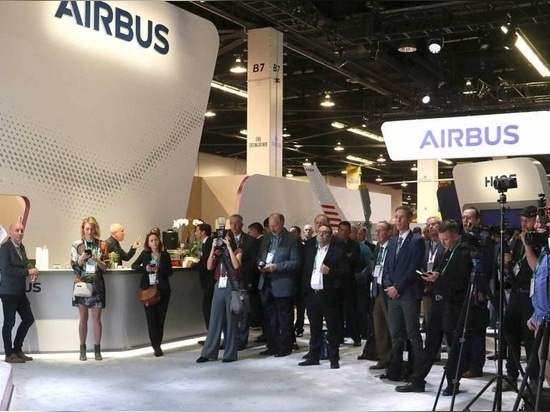 At Heli-Expo Airbus Helicopters CEO Bruno Even said the offshore market in China, India, and Brazil has accepted the H225’s return.