The Turkish drone manufacturer is developing a TB3 drone with foldable wings and the ability to take off from an aircraft carrier.

As Russia’s war in Ukraine nears the 100th day of fighting this week, one piece of Ukrainian military gear—a combat drone—is now in demand around the world, according to the Turkish tech company that makes it.

Since the onset of the invasion of Ukraine on February 25, the Turkish-made Bayraktar TB2 drone has been celebrated as a force multiplier, a symbol of Ukraine’s resistance to the Russian invasion, as well as a source of national pride.

“Bayraktar TB2 is doing what it was supposed to do—taking out some of the most advanced anti-aircraft systems and advanced artillery systems and armored vehicles,” Selçuk Bayraktar, chief technical officer of Baykar—and designer of the drone—told Reuters recently. “The whole world is a customer.”

The company is able to produce 200 TB2 drones annually, he added.

While the world is watching, one man in particular is taking note, according to the report. Russian President Vladimir Putin and Russia’s defense ministry have mentioned the TB2 drone at least 45 times since the war began, according to Reuters.

The company is currently developing an unmanned combat aircraft and a TB3 drone with foldable wings and the ability to take off from the short runways on aircraft carriers, Bayraktar said. The company expects the combat aircraft, called Kizilelma, will take its first flight in 2023, while TB3 could be operational as soon as the end of this year, he said.

“Besides reconnaissance/surveillance and intelligence missions, the Bayraktar TB3 [unmanned combat aerial vehicle] UCAV can launch an assault operation with the smart munitions stationed under its wings,” Baykar said.

According to the company, the TB3 drone has a 14-meter wingspan, the ability to carry a payload of at least 600 pounds, and an endurance of at least 24 hours.

“The whole world is a customer.”

Militarily, the drones have played a critical role in Ukraine’s fight against the invasion of Russian ground forces. The drones are capable of carrying up to four laser-guided munitions that have a reputation for being effective against ground-based targets, such as Russian tanks and mobile air defense systems. They have a flight range of up to around 186 sm, and they can fly up to 27 hours at a maximum altitude of 25,000 feet. Takeoff, landing, and flight control are all fully automated.

In April, the 1,500-pound drone was credited as being an integral component in an Ukrainian operation that sank the Soviet-era missile destroyer Moskva. According to reports, Ukrainian forces used the drone to distract the Russian war ship’s air defenses before striking it with Neptune missiles.

Culturally, the drones have done even more, boosting morale of a nation in need of a hero. Bayraktar’s legacy has already been cemented by the naming of a new generation of pets in its honor, as well as a lemur born at the Kyiv zoon, according to CNN. 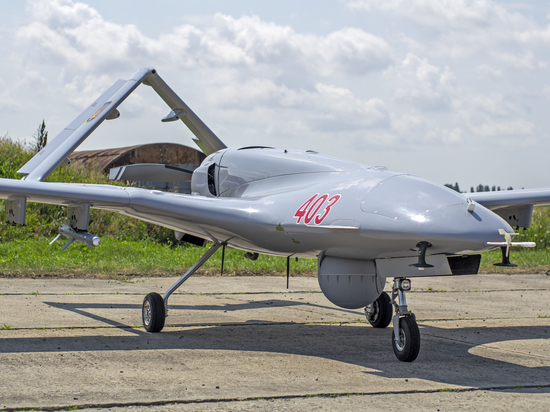 The attack drone of the Ukrainian Army, the Turkish-made Bayraktar TB-2.