The drone model from WingXpand, which debuted at the AUVSI XPONENTIAL event in April, features a 7-foot wingspan. The wings are expandable, so the unmanned aircraft system (UAS) can collapse into a size small enough to fit into a backpack. The drone was also featured at the Special Operations Forces Industry Conference 2022 (SOFIC) last week.

The company WingXpand, was co-founded by James Barbieri and Michelle Madaras. Barbieri, WingXpand’s CEO, gave some insights into their UAS and plans for the future in an interview with Avionics. The fixed-wing drone was just launched to the public, and the team is currently working with clients on test flights, said Barbieri. They plan to start delivery of the UAS in the third quarter of this year.

The WingXpand drone is capable of flying for over 2 hours, or a distance of more than 1,000 acres. “It can carry about ten times as much payload as some of the smaller quadcopters and more consumer-grade types of drones prevalent in the market today,” Barbieri noted.

Use cases for the UAS range from the oil and gas industry and agriculture sector to public safety and defense operations. “There are also a lot of use cases for our military,” he added. “For our customers that need to fly for a longer period of time, it is the most powerful drone system that can fit in the smallest possible footprint.”

As the team performs test flights with clients and anticipates starting unit deliveries later this year, they do not foresee any significant challenges or obstacles, Barbieri said. “We have already validated our patented expandable wing technology in test flights.”

In the future, Barbieri envisions that fixed-wing drones in particular will become more commonplace in the market. “We actually believe that for commercial professionals and our defense customers, these will be the systems of preference in five years,” he explained. This is because fixed-wing drones that look similar to airplanes are uniquely capable of flying long distances and carrying heavier payloads, in comparison to multi-rotor, quadcopter, or multicopter drone systems.

Barbieri theorizes that the demand for fixed-wing drones like those developed by WingXpand will continue to increase in response to regulations from the FAA. “We’re really excited to be part of the industry in that journey, and a lot of that is going to be spurred into much higher rates of growth when we do see the FAA and regulatory environment continue to mature and refine some of the regulations that will make beyond-line-of-sight drone operations more commonplace in the national airspace.”

“When that happens,” he continued, “there’s going to be a much bigger need to have more powerful systems that have the capabilities out-of-the-box to fly substantially longer and carry more pro tools to make operators have an easy and useful experience.”

The entire drone system can be assembled and deployed in less than two minutes, according to Barbieri. He also stressed that WingXpand prioritizes open systems architecture and modular payload design. For their clients, payload could be a high-resolution camera, electro-optical infrareds (EO/IR), or a multi-spectral camera for those in the agricultural industry to assess plant health. The modular payload design offers benefits for government customers, he added, because they are not locked into a certain set of requirements.

The WingXpand drone also offers an onboard "Edge AI" computer that enables real-time object detection. It can alert the user based on certain criteria. “This allows an operator, such as a public safety official, to focus on the job as opposed to staring at a video feed,” Barbieri explained. “Having the powerful computer onboard for real-time calculations makes our clients’ lives easier.”

Last month, we published an interview with another drone company’s CEO—Fatema Hamdani of Kraus Hamdani Aerospace. Their drone, the K1000ULE, is also a fixed-wing drone and is fully electric. The “ULE” stands for Ultra Long Endurance; the UAS has successfully performed a 26-hour-long nonstop flight. A priority for Kraus Hamdani is to enable scaling up, and in particular the altitude capability of their drone. Hamdani noted that the K1000 has been flown more than 20,000 feet above sea level.

We also recently covered Manna Drone Delivery’s plan to launch commercial operations in early April. The head of U.S. operations, Andrew Patton, shared that their system’s software and hardware is “simple but robust,” and that Manna’s focus is low-cost deliveries for the direct-to-backyard use case. 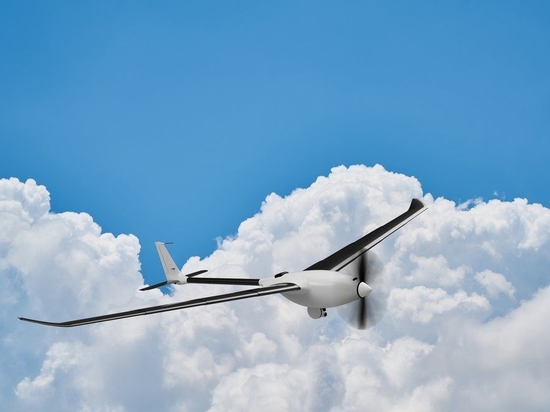 The drone created by company WingXpand has a 7-foot wingspan, which offers increased capabilities, and the vehicle can be assembled and deployed within two minutes. 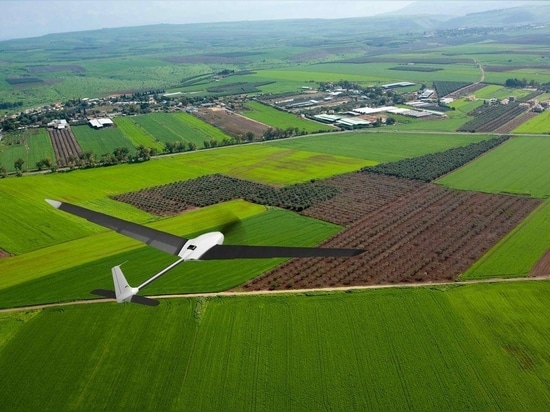 The WingXpand UAS is designed with advanced sensors and edge AI to provide real-time insights.