Eleven companies were chosen by AFWERX for a Phase 1 contract award and received financial aid. Phase 1 began in January 2022 and concluded at the end of June. Bell Textron is one of the companies selected for the Phase 1 contract. Bell, a subsidiary of Textron Inc., partnered with NASA earlier this year to demonstrate detect-and-avoid capabilities of its unmanned Autonomous Pod Transport (APT) aircraft.

Dr. Reid Melville, Chief Innovation Officer at the Air Force Research Laboratory (AFRL) Transformational Capabilities Office, remarked, “The HSVTOL Concept Challenge has surfaced an impressive range and caliber of solutions to help us understand how to build a new class of air vehicles.”

As revealed last week, one of the 11 recipients—Horizon Aircraft—has successfully completed Phase 1 of the challenge as it continues to develop its Cavorite X-series VTOL aircraft.

The HSVTOL Challenge was created to develop an aircraft capable of flying 400 knots (740 km/h) and conducting missions such as personnel extraction and aeromedical evacuation. Phase 3 of the challenge will enable development of a full-scale technical demonstrator that could replace the Air Force’s CV-22 Osprey tiltrotor aircraft, which has a maximum speed of 280 knots, or about 519 km/h.

Horizon Aircraft targeted regional air mobility and journeys of 200+ miles in developing its initial concept. E. Brandon Robinson, Horizon’s CEO, noted that their patented technology is unique amongst others in the VTOL space. The vertical lift system includes a patented fan-in-wing design that enables high-speed flight and long-distance flight capabilities. “It flies 98% of its mission as a normal aircraft; you wouldn’t even know it was a VTOL,” he told Avionics International.

Horizon’s X5 Cavorite is a hybrid-electric VTOL aircraft, powered by a gas engine and advanced electric motors. It will be capable of carrying four passengers in addition to the pilot, and will have 1,100 pounds of useful load.

Regarding the HSVTOL Challenge, Robinson said, “AFWERX should be praised for accomplishing its mission. It’s designed to leverage innovative products and accelerate innovation by making these public-private partnerships accessible. And we got to accelerate our development—it’s very much a win-win scenario.”

He remarked that AFWERX’s goal is to assess new technologies and evaluate what could be used to increase overall capability. For successful companies, the HSVTOL Challenge will support further development of the selected technologies through the Phase 2 and Phase 3 contract awards over the next few years.

“AFWERX has done a fantastic job,” Robinson commented. “It was a very positive experience, and we received a lot of excellent feedback that directly helped improve our design.”

The request for proposal (RFP) for Phase 2 is expected to be issued this fall, and the 11 awardees from Phase 1 will be able to respond to the RFP. Phase 2 will provide additional non-dilutive grant financing and will take place over a nine-month period, likely starting in the first quarter of 2023.

Following Phase 2, the Phase 3 contract award will take place in the 30 months following Phase 2 to support the development of a full-scale technical demonstrator, according to Robinson.

Horizon Aircraft’s current product is a 50% scale prototype with a 22-foot wingspan and a weight of roughly 500 pounds. The full-scale version will be about 4,000 pounds.

Though the Cavorite X-series is a hybrid aircraft, Robinson says that they will develop an all-electric aircraft “when batteries get to the point where it starts to make sense at the regional level.”

Horizon Aircraft has entered into technical partnerships with multiple aerospace companies, according to Robinson. The company also received funding from the Natural Sciences and Engineering Research Council of Canada (NSERC) as part of a three-year collaboration with Fleming College and Ontario Tech University. Horizon Aircraft merged with Astro Aerospace in 2021. 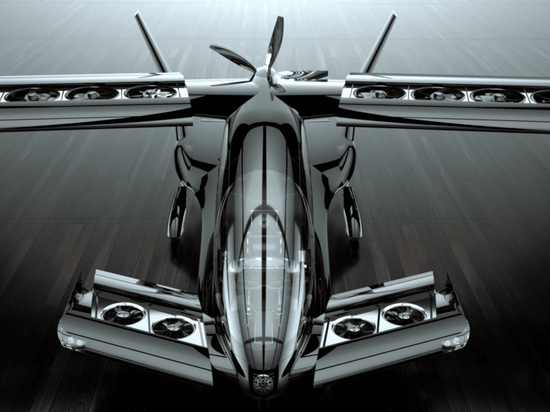 AFWERX awarded Phase 1 contracts to 11 companies for the development of high-speed vertical take-off and landing (VTOL) aircraft. One of these companies, Horizon Aircraft, recently announced the successful completion of the Phase I contract. Pictured above is Horizon's Cavorite X-series VTOL concept. 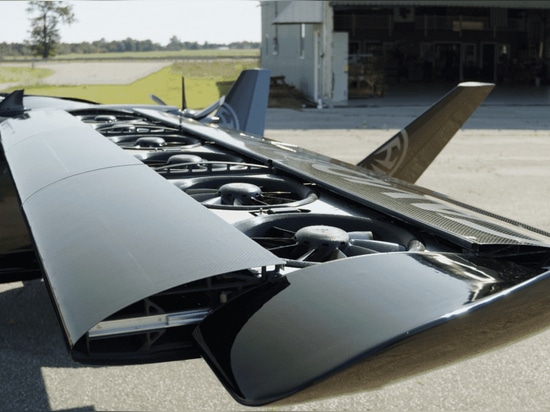 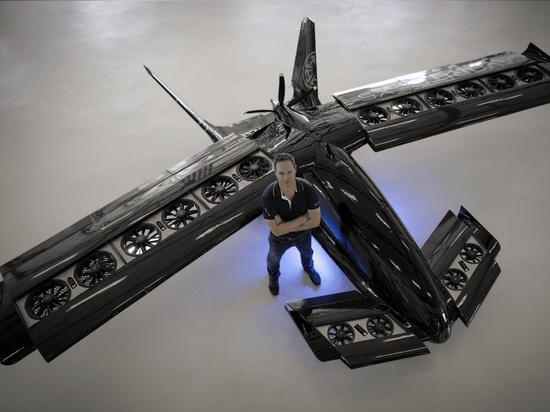 CEO of Horizon, E. Brandon Robinson, pictured above with a prototype of the Cavorite X-series VTOL