Under the new agreement, Skytrac will provide its SDL-700 satellite communications system to enable Iridium Certus broadband connectivity services of "up to 704 Kbps" for the French H160M fleet, according to a July 12 announcement from the Canadian manufacturer. The connectivity supplier agreement is the latest technology investment made by Airbus for the H160M helicopters being developed for France under the contract signed by the French Armament General Directorate (DGA) in December to acquire a total of 169 H160M helicopters.

The electronics and defense division of Safran announced a new contract with Airbus on June 14 that will see its SkyNaute navigation systems featured on the H160M as well. Thales is the main avionics supplier for the H160M program; the light helicopter's cockpit will feature the FlytX cloud-native avionics suite.

Enabling Iridium connectivity on the H160M will require Skytrac's high gain antenna (HGA) and a dual element GPS antenna in addition to its SDL-700 system. 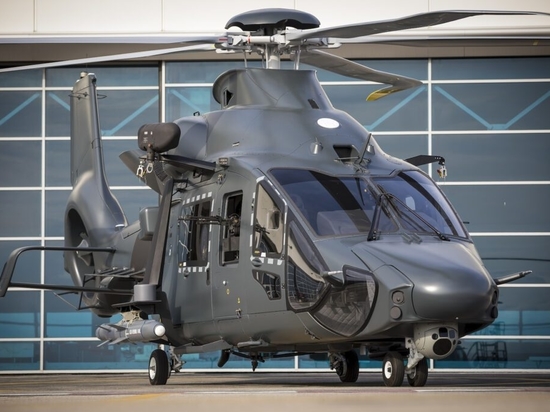 Skytrac is providing its Iridium Certus satellite connectivity system for the Airbus H160M, a mockup of which is pictured here.