Rolls-Royce Gets EASA Approval for Pearl 700

Developed at the Rolls-Royce Center of Excellence for Business Aviation Engines in Dahlewitz, Germany, the Pearl 700 incorporates the engine-maker’s Advance2 engine core with a new low-pressure system. This results in an 8 percent increase in takeoff thrust, at 18,250 pounds, compared with the BR725 engine. Rolls-Royce added that the engine also provides a 5 percent efficiency improvement while keeping down noise and emissions.

Gulfstream has opted for the same engine for both its 7,500-nm G700 and 8,000-nm G800 that are slated for certification in mid-2023 and late 2023, respectively. “The certification of the Rolls-Royce Pearl 700 engines for the G700 and G800 is a significant step that brings us closer to delivering these game-changing aircraft to our customers,” said Gulfstream president Mark Burns, adding the company has received a “high level of demand” for both models.

EASA approval followed a comprehensive test program that include operating at sea-level and altitude conditions on both conventional jet fuel and 100 percent sustainable aviation fuel. Testing proved its durability against bird strikes, ice, hail, and water ingestion. Other tests included critical fan blade contamination under which a fan blade is deliberately released at maximum speed.

The engine is the second in Rolls-Royce’s growing Pearl family to win certification. The first, the Pearl 15 powering Bombardier’s Global 5500 and 6500, entered service in late 2019. Next up will be the Pearl 10X for the Dassault Falcon 10X. 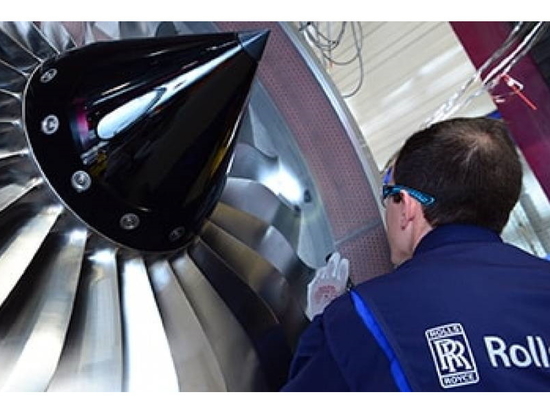 The Rolls-Royce Pearl 700 engine, which notched EASA certification, was selected to power both the Gulfstream G700 and G800. (Photo: Rolls-Royce)