Northrop Grumman and the US Air Force will reveal the B-21 Raider stealth bomber for the first time in December.

The company announced yesterday that, during the first week of December, the bomber will be unveiled at the company’s Palmdale, California facility during an invitation-only event.

“The B-21 is the most advanced military aircraft ever built and is a product of pioneering innovation and technological excellence,” said Doug Young, sector vice president and general manager, Northrop Grumman Aeronautics Systems. “The Raider showcases the dedication and skills of the thousands of people working every day to deliver this aircraft.”

Since contract award in 2015, Northrop Grumman has assembled a nationwide team to design, test and build the world’s most advanced strike aircraft.

The B-21 is a product of Northrop Grumman’s digital engineering practices and advanced manufacturing techniques, together with breakthrough stealth technology.

“Northrop Grumman is proud of our partnership with the U.S. Air Force as we deliver the B-21 Raider, a sixth-generation aircraft optimised for operations in highly contested environments,” said Tom Jones, corporate vice president and president, Northrop Grumman Aeronautics Systems.

Six B-21 test aircraft are in various stages of final assembly in Palmdale.

Northrop Grumman and the US Air Force have confirmed that the B-21 first flight is projected for 2023. The actual timing of first flight will be based on ground test outcomes.

The first B-21 test article completed the first and most critical loads calibration test in May. The test is one of three major conditions the aircraft will undergo in this phase of ground testing as it progresses toward first flight, which was recently announced to be next year.

In July US Senator Mike Rounds confirmed the programme is still holding to schedule after a visit to the aircraft’s production site in Palmdale, California.

"While much of the information I received on my visit is classified, I am pleased to report the B-21 is on time and on budget," Rounds said on Twitter. "The public can expect the B-21 to be revealed later this year."

Meanwhile earlier this year Northrop Grumman was awarded a $108m B-21 Raider contract by the US Air Force for advance procurement to support the stealth bomber programme.

The advance procurement funds directly support the acquisition of long lead items necessary to build the first lot of production B-21 aircraft. 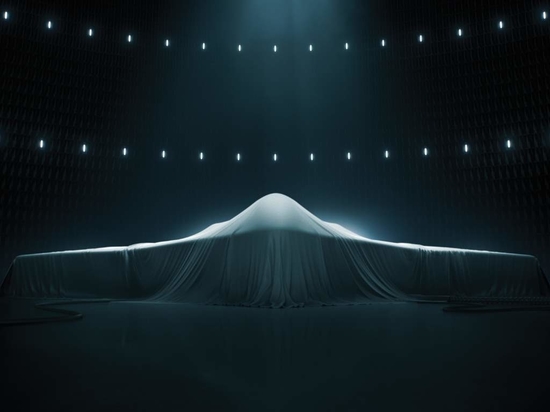 Northrop Grumman's X-47B is pictured here during ground testing, which has a similar airframe to the B-21