Marking the fifth anniversary of its launch at NBAA-BACE 2017, Airbus Corporate Helicopters (Static AD_107) is eschewing the exhibition hall at this year’s show in favor of “focusing all our efforts on presenting our aircraft at the static park” at Orlando Executive Airport. There, the company is presenting its medium twin ACH145, said Airbus Corporate Helicopters head Frederic Lemos.

“We really want to be able to show the helicopter physically to customers, so that they can immediately understand the level of quality that we offer in an operational context,” he explained. Lemos noted that the yacht-based market where the ACH145 has the top share “continues to hold up well.”

He recalled Airbus’s decision to launch a division five years ago offering luxurious executive variants of its civil helicopters, a complementary rotorcraft version of its Airbus Corporate Jets offering. “We have absolutely proven that it was the right concept,” Lemos said. “If proof were needed, I think we saw it during the pandemic when we increased sales, even at that difficult time.”

Airbus Corporate Helicopters is also debuting a full-scale interior mockup of the new ACH160, which “will become a regular feature in our show presence around the world,” said Lemos. A premium variant of the H160 medium twin, the executive model is already certified in Europe (EASA), Brazil (ANAC), and Japan (JCAB), with FAA certification expected by year-end. “We’ve provided all of the technical documentation to the FAA and now the decision is no longer in our hands,” Lemos said.

Featuring 20 percent more cabin volume per passenger and 35 percent larger windows than legacy helicopters in its class, according to Airbus, the ACH160 makes extensive use of carbon-fiber composites in the fuselage and main rotor blades.

The cabin mockup on display is outfitted in the modular Line Lounge interior, which can be configured with bench seating for four to eight passengers, or two forward-facing armchairs with a rear-facing bench and cabinet. One of three interior configurations offered, Line Lounge offers options that include high-end features and finishes, color palettes, leather patterns, metallic inserts and plating, and custom carpeting, and provide “a balance between performance and comfort,” Lemos said.

Airbus Corporate Helicopters has already sold three ACH160s in Brazil, including the world’s first delivery, and one outfitted with the Line Lounge interior.

The European company is also riding high on sales of its designer-edition-interior aircraft. After the 15 Aston Martin Edition ACH130s the company offered sold out “much quicker than expected,” Airbus Corporate Helicopters has secured more slots on the H130 production line to fill additional orders.

With one already operating in Canada, the first delivery in the U.S. is expected “very shortly,” Lemos said. “And I’m optimistic of having good news from Latin America quite soon.”

The cabin of the Aston Martin Edition single-engine ACH130 is trimmed in Pure Black ultra-suede, with leather trims drawn from the Aston Martin car range. The rear of the front seats features the brogue detailing found in the DB11 car, and Aston Martin’s wings signature is embossed in some of the leather elements.

“The ACH130 is doing particularly well, even aside from the Aston Martin Edition version,” said Lemos.

Additionally, several new safety- and sustainability-oriented technologies have been tested or are being tested on the Airbus Helicopters flying laboratory—an H130 configured for trials of systems such as modified controls applicable to urban air mobility vehicles; image detection for obstacle recognition and low-altitude navigation; advanced health- and usage-monitoring systems; and rotor-strike warning. The Flight Lab is also testing hybrid power functions with a 100-kW electric motor connected to the main gearbox and noise-reducing technologies.

While declining to provide year-to-date sales numbers, Airbus Corporate Helicopters said it sold 103 of its six helo models (65 percent of the turbine market) in 2021, led by the ACH130 (orders for 38) and the ACH 125 (orders for 30). The ACH135 drew orders for nine and the H145 took 13. The latter are now the five-blade version, which began deliveries this year. At the top end of its fleet, the company’s ACH160 scored orders for 11, and two were placed for the H175.

Airbus Corporate Helicopters credits its success on “closeness to the customer and our exceptional knowledge of their world.” 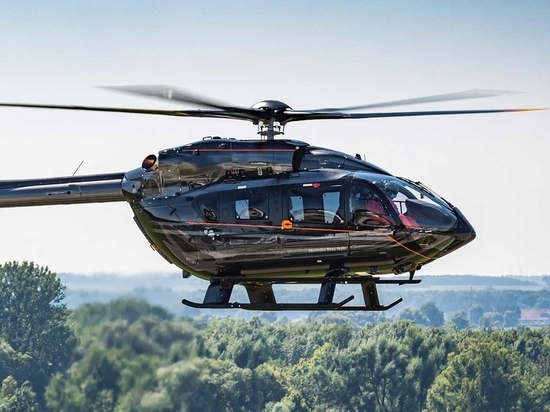