Spirit Airlines shareholders voted in favor of JetBlue’s purchase offer during a special meeting convened on Wednesday, leaving regulatory approval as the last hurdle the airlines need to clear to complete the transaction. In a statement, Spirit said the airlines expect to close the transaction no later than the first half of 2024.

Nevertheless, regulatory approval will not amount to a mere formality given the Biden administration’s tough stance on corporate consolidation, evidenced by a Justice Department suit to block JetBlue’s Northeast Alliance (NEA) agreement with American Airlines. According to the department, the deal would result in the consolidation of the two airlines in New York and Boston, eliminating what it called important competition in those cities and decreasing JetBlue’s incentive to compete with American Airlines elsewhere.

To address those concerns, JetBlue has committed to divesting Spirit’s holdings at the NEA airports to allow for allocation to other ultra-low-cost carriers. In the event regulators do not approve the proposed agreement for antitrust reasons, JetBlue said it would pay Spirit a reverse break-up fee of $70 million.

The merger would dissolve the Spirit brand and create the fifth-largest carrier in the U.S., resulting in a fleet consisting of some 460 aircraft and an order book of more than 300 Airbus A220 and A320neo-family narrowbodies.

“This is an important step forward on our path to closing a combination that will create the most compelling national low-fare challenger to the dominant U.S. carriers,” said Spirit CEO Ted Christie in a statement. “We look forward to continuing our ongoing discussions with regulators as we work toward completing the transaction and delivering value to team members, guests, and stockholders."

For its part, the Air Line Pilots Association (ALPA)—which represents both airlines’ pilot groups—called for a short-term extension of the JetBlue pilots’ collective bargaining agreement with “immediate economic improvements that will bridge what is likely to be a lengthy regulatory review of the transaction.”

Last month, JetBlue pilots said they had shifted the focus of their negotiations from a full contract to a short-term contract extension, which, they stressed, would meet their immediate economic needs while management concentrates on the pending merger transaction.

“The needs of this pilot group can’t wait for a merger that could take years to get the compensation package they have earned,” said ALPA’s JetBlue master executive council chairman Chris Kenney. “The message we have taken to management is that contract improvements now are key to this airline’s success today and in the future.”

Spirit pilots, meanwhile, continue negotiations to amend their 2018 contract. The ALPA negotiating committee and Spirit management began negotiations in September and, according to an ALPA statement, both parties would like to see an agreement by the current contract’s March 1, 2023, amendable date.

“As we move down the path toward consolidation of our two companies into a singular JetBlue, one thing is certain: for the new entity to realize the success and growth it hopes to achieve, management must partner with labor," said Spirit master executive council chairman Ryan Muller. “We look forward to securing a strong contract for our joint pilot group once regulatory approvals have been achieved.” 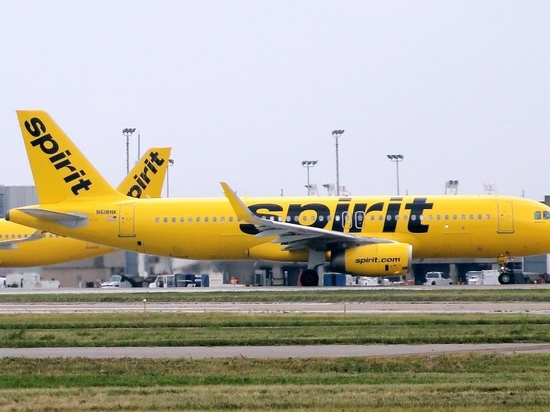