H2FLY, a Stuttgart-based developer of hydrogen fuel cell technologies, has begun the integration of a liquid hydrogen storage system tank into its HY4 aircraft.

According to the company, the process commenced following the liquid hydrogen tank passing the vibration and LH2 leakage testing phase at Air Liquide in September.

The announcement marks a significant step forward for Project HEAVEN – an initiative which has set out to design, develop and integrate a powertrain based on high-power fuel cell and cryogenic technology, into an existing aircraft for testing in-flight operation.

H2FLY supplies the complete fuel system supporting the HY4 aircraft, along with the integration platform and overall system architecture and controls of the fuel cell and hydrogen storage system. H2FLY said it will play a critical role as development lead in the coordination of the system implementation, ensuring each part is properly adapted to guarantee safe functionality.

Integration work is expected to be completed over the coming months. Following this, the aircraft is planned to enter a ground testing programme in early 2023.

Prof. Dr Josef Kallo, co-founder and CEO of H2FLY, said that passing the vibration and leakage tests was a big step forward for delivering true zero-emissions flight with increased range.

“For the past ten years, at H2FLY we have been focused on developing and delivering new technology and now we look forward to completing the integration process so we can begin ground testing in preparation for the world’s first commercial liquid hydrogen-electric aircraft.”

The HY4, a four-seat aircraft with hydrogen-electric propulsion, first took flight in 2016. Key milestones for the company from the past two years include a strategic partnership with Deutsche Aircraft that will see the companies work together to fly a CS25 class aircraft powered by H2FLY’s hydrogen fuel cell tech, expected to fly for the first time as a prototype in 2025 and planned to have a 2,000km range.

Earlier this year, H2FLY completed a cross-country flight covering 77 miles, marking the first time a hydrogen-powered passenger plane has flown between two commercial airports. The company also set what is believed to be a world altitude record for a hydrogen-air-breathing aircraft this year, flying at 7,230 ft.

The HEAVEN project has received funding from the Fuel Cells and Hydrogen 2 Joint Undertaking (JU) under grant agreement No 826247. The JU receives support from the EU’s Horizon 2020 research and innovation programme and Spain, France, Germany and Solevenia. 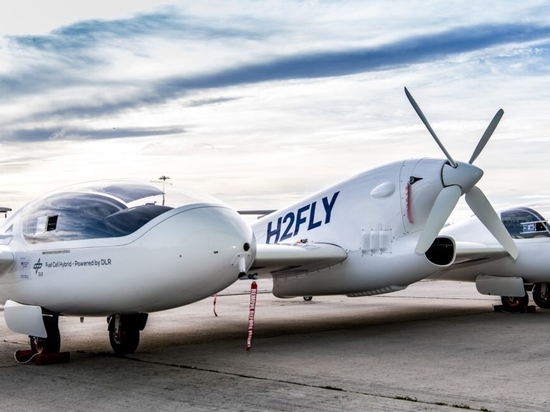