NASA’s quiet supersonic X-59 now has the engine that will power it in flight.

The installation of the F414-GE-100 engine took place at Lockheed Martin’s Skunk Works facility in Palmdale, California, earlier this month, marking a major milestone as the X-59 approaches the completion of its assembly.

The 13-foot-long engine from General Electric Aviation packs 22,000 pounds of propulsion energy and will power the X-59 as it flies at speeds up to Mach 1.4 and altitudes around 55,000 feet.

“The engine installation is the culmination of years of design and planning by the NASA, Lockheed Martin, and General Electric Aviation teams,” said Ray Castner, NASA’s propulsion performance lead for the X-59. “I am both impressed with and proud of this combined team that’s spent the past few months developing the key procedures, which allowed for a smooth installation.”

The X-59 team will follow the aircraft’s assembly with a series of ground tests and ultimately, first flight in 2023.

NASA’s X-59 is the centerpiece of the agency’s Quesst mission. The aircraft is designed to reduce the sound of sonic booms, which occur when an aircraft flies at supersonic speeds, to a quiet sonic “thump.” This will be demonstrated when NASA flies the X-59 over communities around the U.S. starting in 2025, with the goal of providing the data necessary to open the future to commercial supersonic flight over land, greatly reducing flight times. 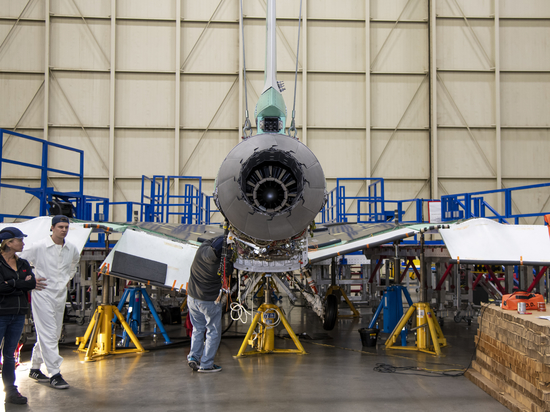 A GE Aviation F414-GE-100 engine is installed in NASA’s quiet supersonic X-59 aircraft, at Lockheed Martin’s Skunk Works facility in Palmdale, California. The 13-foot-long engine packs 22,000 pounds of propulsion energy and will power the X-59 to speeds up to Mach 1.4. Installation of the engine marks a major milestone as the X-59 nears assembly completion, taxi tests, and first flight. 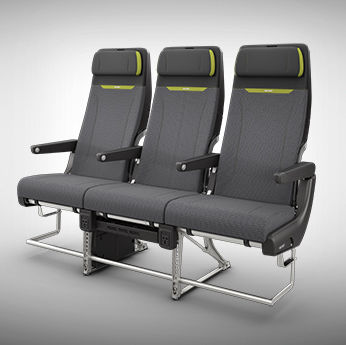